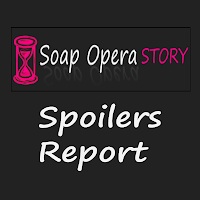 With the September 26 reboot of Days of our Lives mere weeks away, attention is turning from the storylines currently wrapping up, to the post Days of our Lives relaunch storylines.
The new team at Days of our Lives is being a little more circumspect and secretive with spoilers but is letting some details out to the Days of our Lives fan base.
In an interview with Soap Opera Digest, Ken Corday hinted at three major character groups (by age) with their own storylines but that all the characters lives would overlap, driven by an overarching storyline.
Ken Corday 9/13 SOD Interview:

We have three circles. The main box office will always be the focus of the story, which is what I call the core 30-year olds, not necessarily in this order: Sami/Rafe, EJ/Nicole, Brady/Madison and Carrie/Austin. Those eight make a pretty heavy crew, followed by a group of burgeoning actors and characters: Melanie, Chad, Will, Gabi, Abigail and Sonny.

Finally, there is the solid guard: Bo and Hope, John and Marlena, Jack and Jennifer, Lexie and Abe, Kate and Stefano, Maggie, Victor and Caroline and Roman and stay tuned. That pretty much just named my cast, but these writers are able to take that many people and keep them in three different driving stories, but they all overlap, they all affect each other. To be able to write three separate circles and have the same umbrella over them is magic, so I am very, very thrilled.

So what’s in store after the big September 26 relaunch?  Below are details that consist of both spoilers and speculation!
Marlena/John: (Deidre Hall and Drake Hogestyn)
John and Marlena’s return for the opening of the Horton Square is quickly parlayed into the storyline that will keep the couple busy through the fall.  Much to Sami’s shock Rafe arrests John!
The casting of Tamara Tunie as Judge Weston hinted that she would be presiding over a big legal case in Salem come October – John Black’s embezzlement case!  Rumor has it that Rafe discovers, through his FBI connections that John has been stealing money from pension funds…
Given that Drake Hogestyn has already teased that the returning John will be the “old John” that is, the good guy, this sounds somewhat contradictory.  Unless you put it together with Jack having been off on “assignment” somewhere.  Then we have a mystery…
Deidre Hall has also stated that John and Marlena are as close as they’ve ever been and she stands by her man through this latest twist in the John and Marlena saga.
Bo/Hope: (Peter Reckell and Kristian Alfonso)
After wrapping up the Hooker basing storyline, Bo and Hope are thrown right into another investigation involving a leading Salem figure.  This tease lends credence to the assumption that there may be more to the John Black embezzlement case than meets the eye. Could the mysterious bundle of envelopes Hope finds on September 23, 2011 launch the “Horton Family secret” storyline?
Carrie/Austin: (Christie Clark and Patrick Muldoon)
Carrie and Austin find themselves at cross purposes upon their return to Salem.  This could be professionally, or personally.
With Kate bringing Countess Wilhelmina back to the Salem business world, could Carrie and Austin find themselves on opposite sides of a corporate battle between Countess Wilhelmina and Madison James’ new company?
Or do they take opposite sides in the John Black embezzlement case?

Once Sami’s medical issues are resolves, Sami looks to re-enter the workforce.  Spoilers have her working for Madison James, CEO of a new Salem company.
Rafe too is said to have some career issues.
Madison James: (Sarah Brown)
Madison arrives in Salem on October 4, as CEO of a cosmetics company (Mad World Cosmetics)that will presumably compete eith Kate’s Countess Wilhelmina.  A woman with a past she becomes involved romantically with Brady and becomes a mentor professionally for Sami, who is a childhood friend of Madisons.
Jack/Jennifer/Daniel: (Matthew Ashford, Melissa Reeves and Shawn Christian)
Jack returns to Salem literally dropping in on Jennifer and Daniel who recently decided they were ready yo move on with each other putting their respective former relationships behind them (Daniel left Chloe Lane when he learned that Parker was Philip’s son, not his.  Jennifer divorced Jack when he failed to respond to her almost dying by having her heart stolen by an organ theft ring).
Teasers are indicating that Jack has been on assignment and hasn’t been responsible for the strange emails and blog postings that triggered Jennifer’s hostility towards him…
Marlene McPherson said “Jack is this fun guy who gets in his own way all the time,” which brings back memories of Jack’s investigative journalist days where he rode shotgun on ISA investigations with either Shane or Roman, and usually leading to disaster…
EJ and Nicole   (James Scott and Arianne Zucker)
EJ throws his hat into the political ring and announces his candidacy for mayor of Salem, shocking Abe (the current Mayor) and Lexie (EJ’s sister). EJ wants his legacy for his children to be a legitimizing of the DiMera name.
Legitimizing the DiMera name could also spell trouble for Sami and Rafe who currently have full custody of Johnny and Sydney…
EJ also finds his feeling for Nicole reemerging.  With Nicole’s background you have to wonder if he couldn’t have found himself a more suitable political wife…Nicole however is jealous when EJ keeps company with the Millionaire matchmaker…
Maggie/Victor: (Suzanne Rogers and John Aniston)
Does Victor’s wedding proposal mean a happy ever after wedding for Maggie and Victor?  Perhaps not if reports of a huge Horton family secret are true.  But to stop this wedding wouldn’t the secret have to impact Victor too?

Sonny: (Freddie Smith)
Sonny is said to be embroiled in a big storyline.  Could this finally be the start of the long awaited and teased gay romance for Days of our Lives?  Sonny certainly seems clued in to what is happening between Will and Gabi.  And Gabi should be considering the teen is resisting repeat sex with her….
Sonny is also supposed to form a firm freindship with Melanie, placing her back in an age group where she belongs.
Quinn: (Bren Foster)
Though Quinn will be departing Salem during September, he will continue to develop a conscience while he is away, and he will return to Salem to bring a legitimate business to the Horton Square.  A spa focusing on self defense (a natural fit given Bren Foster’s martial arts abilities).
More Comings!
Marlene McPherson recently tweeted that she was having dinner “with a mysterious dashing stranger who will be arriving in Salem in February.”
She also hinted that Kate (Lauren Koslow) would be pleased by his arrival…

Liam Chooses Steffy on The Bold and the Beautiful

Who Owns Forrester Creations? | The Bold and the Beautiful