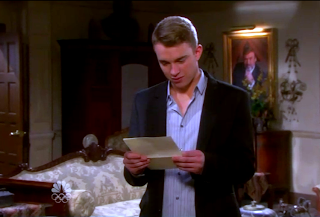 On Monday July 2, Days of our Lives viewers got a first look at the letter that contained the secret Alice Horton knew had the potential to destroy Stefano.

A secret that remained buried for many years as Stefano and Alice both placed their secrets in a safe deposit.  The secret of the safe deposit box was only discovered last year when Bo and Hope found some of Alice’s old letters in the Horton family home.

Hope and Stefano agreed to open the safe deposit box and take their respective family secrets.  Stefano’s secret turned out to be that John Black and Hope Brady had been married during their time as The pawn and Princess Gina, invalidating their current marital unions.

Stefano learned EJ was not his son

Stefano took his envelope and kept it to himself for many months before opening it and learning that EJ DiMera was not his blood son.
Later EJ learned the truth pitting the former father and son against each other, until Stefano’s shooting and death.

Then Will Horton learned the truth… 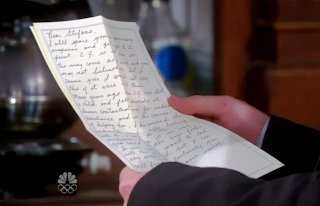 Last week, Will Horton almost discovered the truth when he found the letter, but EJ arrived before Will could read the letter’s contents.  This week however, while working for EJ, Will snooped around through EJ’s desk and found the letter.

This is our interpretation of the letter shown on Days of our Lives:

Dear Stefano,
I will spare you any unnecessary suspense and get right to the point.  EJ is not your son. This may come as a shock and you may not believe me, but I assure you I would not say this if it were not true.
Many years ago when EJ was still a child and fell seriously ill, Susan contacted me for medical assistance and in the course of helping her, I discovered the irrefutable proof.  After looking into it I came to the conclusion there is no way you could be the boy’s father.
I’m sure you want to look into this as well, but I can say with certainty you will find the same results.

What will Will do with what he has learned? 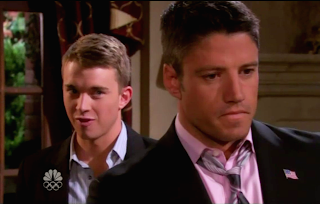 Given that EJ has been blackmailing Will for months with the knowledge that it was Will not Lucas that shot him years ago, Will understands immediately what he holds in his hands – the power to turn the tables on EJ…

Kristen DiMera Returns to Days of our Lives – This Summer!

The Bold and the Beautiful Spoilers : Hope Gives Birth During Perfect Storm